I am hoping to avert a disaster of deli bomb proportions! My Australian Internet provider, iiNet, has been adjusting things to accommodate the National Broadband Network (NBN) rollout - I've been on NBN for two years now - and suddenly my free webspace is no more! Until I can move all the Number 96 Home Page files to this new home, please use Wayback Machine's preserved pages (linked below). I think everything still exists (but the original HTML files I created are on a computer I haven't turned on in many years)!

The Number 96 Home Page was originally uploaded in 1996 (Magna), greatly revamped in 2005 (Ozemail) and then subsumed by iiNet. The most recent overhaul (via the Transmit app) was in 2012, and those changes were made online only. Eeek! The Home Page, in its original form, was one of only three Australian television show websites archived in the early days of Pandora, the National Library of Australia's archive of "significant websites" in 1999. The other two once-live sites are now long-vanished (official sites for The Panel and a drama series, Good Guys, Bad Guys).

Wish me luck as I recreate digital history, hopefully refreshing stuff as I go. Certainly, the trusty blog format will be so much easier to update!

UPDATE: Wayback Machine's URL is web.archive.org/web/20170101000000*/http://number96.tv/ but my domain shortcut of number96.tv is now redirecting the old home page traffic to the new blog. Please pardon our dust. 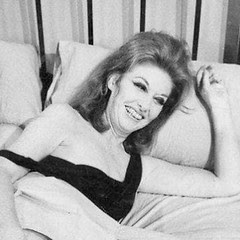